If you’ve been to any of the skate events from this year, you’ll definitely have seen Carla ripping it up big time, with a look of friendly composure on her face and her impressive thigh tattoos out. I first met Carla properly at the Brighton event for Go Skate Day and was well impressed with her determination and natural skill – she makes it all look so easy! I’d already seen Carla as part of a girl skater feature in a magazine (either Cooler or Coven, I can’t remember which) and had thought “now there’s someone who lives to skate”. You can see it in the way she seems to put more energy into skating than most people put into other forms of artistic expression. 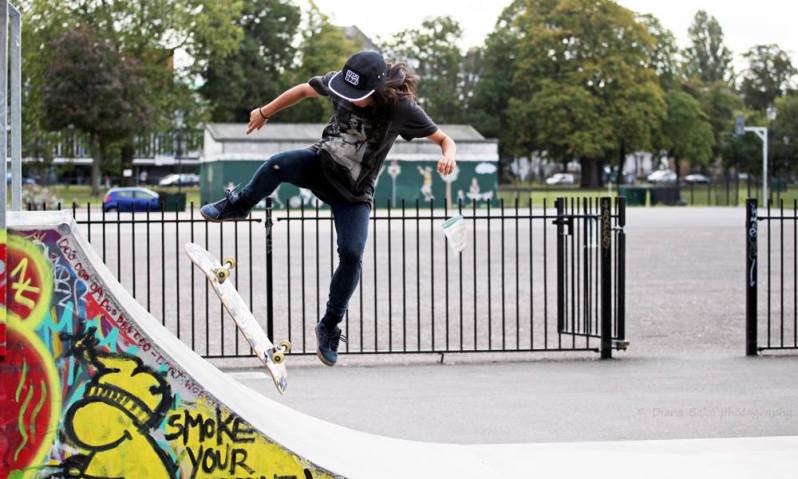 Above: flip on the transition

I caught up with the 20-year-old after she’d had a very busy week – working as a skateboarding instructor and as a barista.

Great to finally catch up with you! What have you been up to?
It’s been a super busy week for me, I’ve been working… and skating of course. 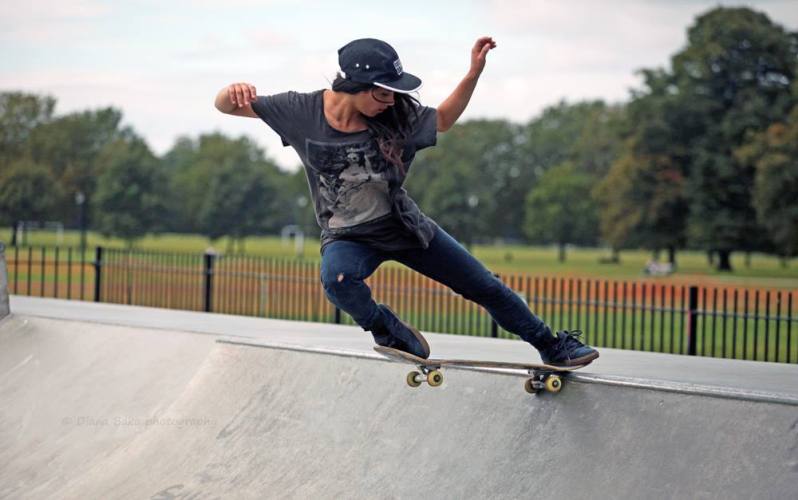 Is there a difference between the skate scene back in Spain and here in the UK? Yeah, I think there is a big difference between the UK scene and the Spanish one. We don’t have many events for girls. There are not many girls in Spain, but the few girls that skate in Spain are really good, I would like to mention some of them: Andrea benitez, Clara Ferrer, Anais becca, Amanda Perez…

It’s great that you’re super supportive. I’m always impressed by the girls scene in Spain. What was the hardest thing about moving to England?
The language.

How did you get into skating? Lots of girls end up stopping…
It happened two years ago when my boyfriend encouraged me to try skateboarding. I just can’t stop skating, this sport has become a big part of my life and my routine. I meet a lot of girls who skate, and that makes me want to skate more. 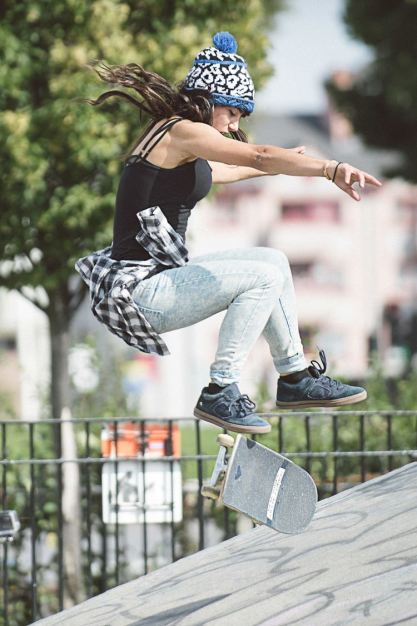 Above: front side flip

What other things do you do apart from skate?
I like hanging out with friends, playing video games, surfing…

Most people have a favourite skate spot – what’s yours?
In London – Clapham Common, Mile End, or any good street spot.

Where in the world would you love to skate other than your fave London spots? California, Poland, Berlin, and Melbourne.

Yes, I’m with you there for Berlin and California. Berlin is my favourite city to skate in – it was built fort us! I’ll have to check Poland out too. What does skateboarding mean to you?
For me it is a way of life.

Best advice you’ve heard or would give to fellow skateboarders?
The best advice someone gave me is just have fun skating, and don’t worry about what other people think about you. This is my advice: Skate for fun, respect, improve your tricks, and love skateboarding. 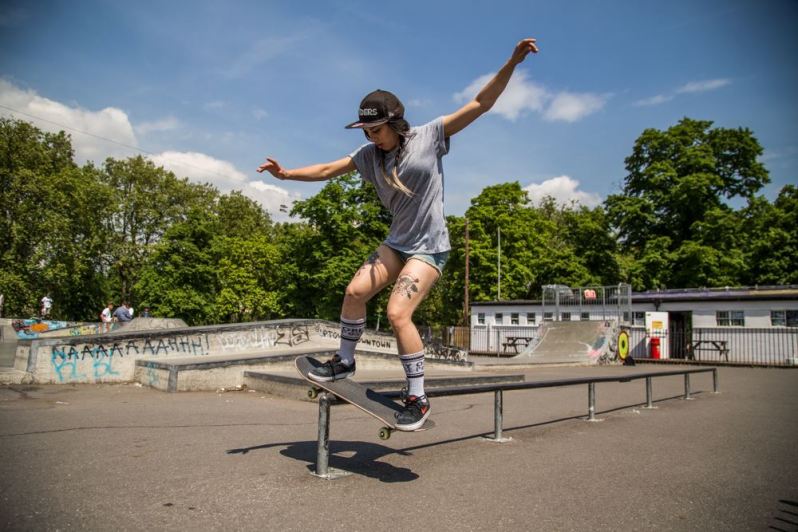 Cheers for the chat Carla!