HOUSE OF VANS have kindly let us host the official London premiere of the Girl Skate India Tour 2016 – A short documentary directed by Virginia Fernandes!

Join us on Thursday 11th August. 6-10pm with FREE cocktails, yoga and DJ’s all night!! 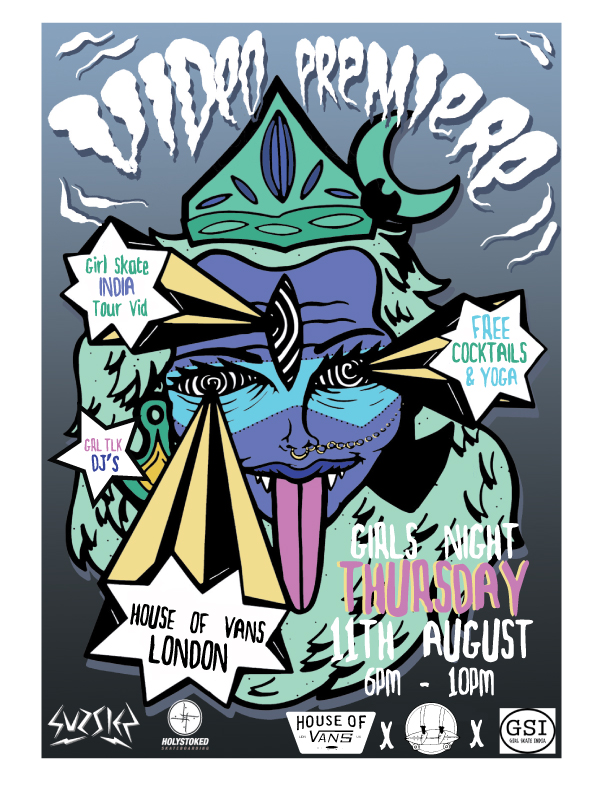 The film captures the essence of the emerging skateboarding scene in India, and the perspectives and encounters through the eyes of female skateboarders form all over the world.

In a bus they travel with a filmer, photographer and skate yoga instructor to teach, do demos, build and empower girls to take part in this seemingly new culture to India.

Founder of Girl Skate UK and The Skate Retreat. @danniglover 🌸🌿🛹 View all posts by Danni