In the wake of its recent agreement regarding the Olympic qualification pathway with World Skate (the IOC-recognized international federation), the world’s most prestigious skateboarding competition will make its London debut next month at The Copper Box Arena, Queen Elizabeth Olympic Park on 26-27 May.

Hosting the opening event of this prestigious tour is a major coup for London, as SLS and World Skate prepare street skateboarding for its inaugural appearance in the Olympic Games at Tokyo 2020.

Tickets for the SLS Pro Open London are on sale now, generating excitement from the skate community, including British skateboarding legend Geoff Rowley.

Rowley said, “British skateboarding has held some incredible contests in the past that have gone on to grow and shape the skate scene in Europe – and worldwide.  It’s great to see the city of London embracing that rich culture by bringing SLS to the city.”

As well as showcasing the world’s best street skaters, the SLS Pro Open London will shine the spotlight on the capital’s rich street skating scene, challenging negative perceptions of the sport and celebrating the creativity, physicality, and sense of community at its core. 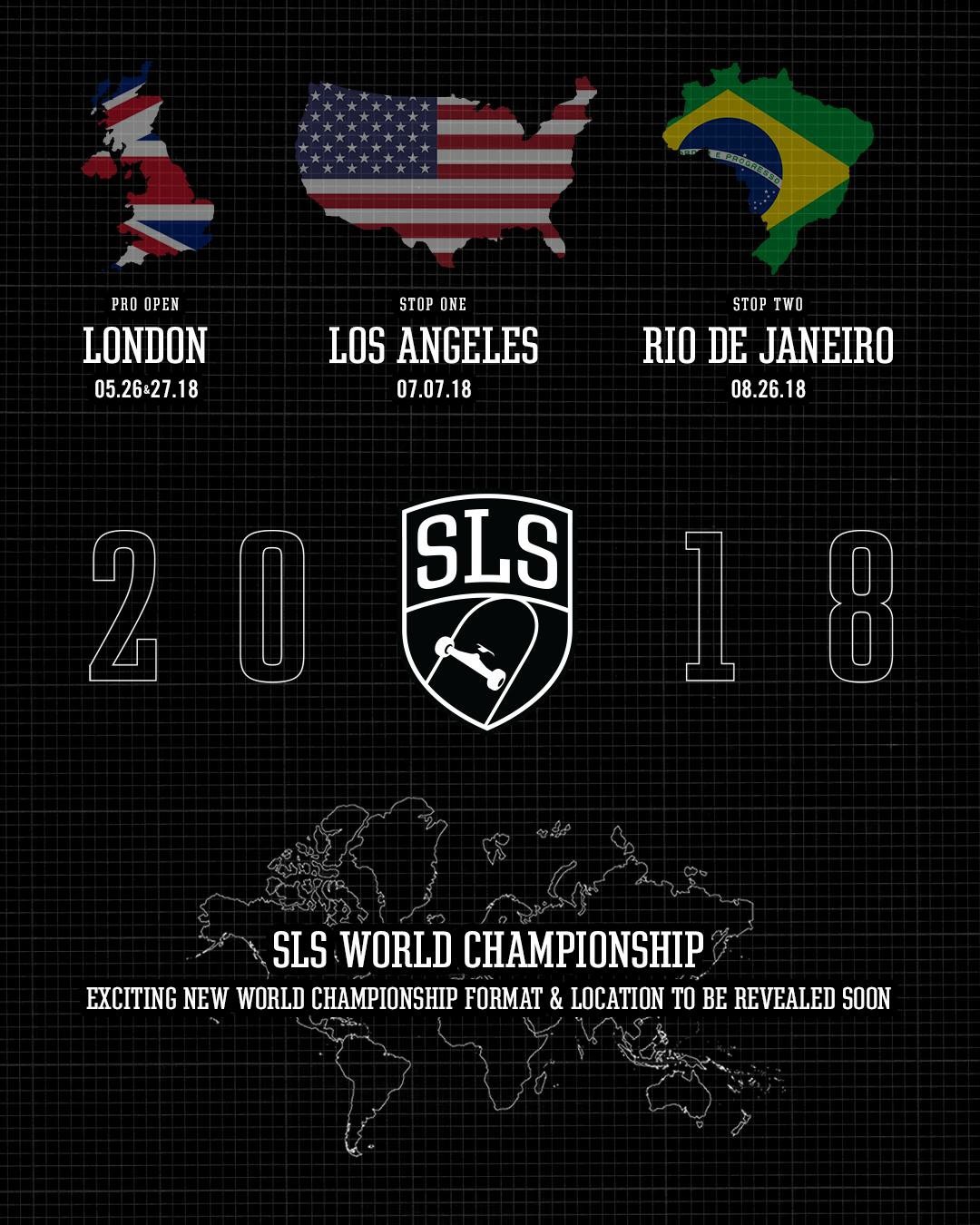 2017 SLS World Champion Nyjah Huston (USA) and top contender Shane O’Neill (Australia) are among the big names set to intermix with an exciting group of up-and-coming athletes that will compete in London over the bank holiday weekend.

The athletes will battle for pride and prize in a custom-built concrete skate plaza, designed to inspire innovative tricks and take skateboarding to new heights. The competition features an exciting easy-to-follow format, anchored by instant scoring, resulting in down to the last trick ‘buzzer-beater’ moments that appeal to both die-hard fans and new spectators alike.

Bufoni said, “I’m really excited that SLS has added another stop for the women this year. I’m looking forward to visiting London to skate in the Pro Open with everyone.”

London is an esteemed and historic hub of urban skate culture and creative expression.  The city’s Southbank is the oldest continuously skated spot in the world and an incredible representation of the powerful impact street skateboarding can have on the local and global community.

The World Skate/SLS World Tour comes to the capital with the hope of inspiring both the existing skateboarders and the next generation, cultivating deeper connection and dialogue, and supporting the already strong community to authentically serve the future of skateboarding.

The Mayor of London, Sadiq Khan, said, “I look forward to welcoming the world’s top skateboarders to London next month. The capital already has a vibrant skateboarding scene and I hope this event inspires a new generation to take up the sport ahead of its inclusion in the Tokyo 2020 Olympic Games.”

The World Skate/SLS World Tour is the latest major sporting event to choose the capital as its backdrop, and with only two years until its debut at the Tokyo 2020 Olympic Games, it’s fitting that it will be staged at Queen Elizabeth Olympic Park.

As skateboarding continues to make gains on the world’s sporting stage, it also continues to thrive in UK communities up and down the country, appealing to a diverse and growing audience.

Lucy Adams, Chair of Skateboard England said, “We’re really excited that SLS is coming to London. It’s a fantastic opportunity to raise the profile of skateboarding in the UK and will help to increase participation across the country as we see the world’s top Street skateboarders competing here.”

Tickets for the opening event of the World Skate/SLS World Tour, the SLS Pro Open, London from 26-27 May are on sale now. For more information, visit www.streetleague.com and @SLS.