A bunch of the UK girls headed over to Copenhagen / Malmo for this years Ultra Bowl contest and more specifically the Girls Get Set Go comp. Rianne Evans from Bournemouth, Helena Long, Amy Ram and Sam Bruce from London, Lucy Adams from Horsham and Stef Nurding from Plymouth.

We all met up at Copenhagen Central Station (except Stef who was already over in Malmo) and made our way to one of Europe’s most epic parks, Faelledparken Skatepark.

The park has everything – you can see it from the footage! We got busy here for a few hours and then headed to White Banks, a little spot made up of some crazy different banks and pyramids.

Tired legs didn’t stop us, and everyone got a few bits down here including Rianne with her special move step off 360 shuv and Helena who rolled away with a smooth nollie inward heel over the steep hip.

Onwards to Israel Plaz, a rad little mexican hat type spot in the middle of a big open plaza. Very chilled little session took place on this amazing tranny piece, Rianne and Helena sliding around bends whilst Amy carved the place to pieces. 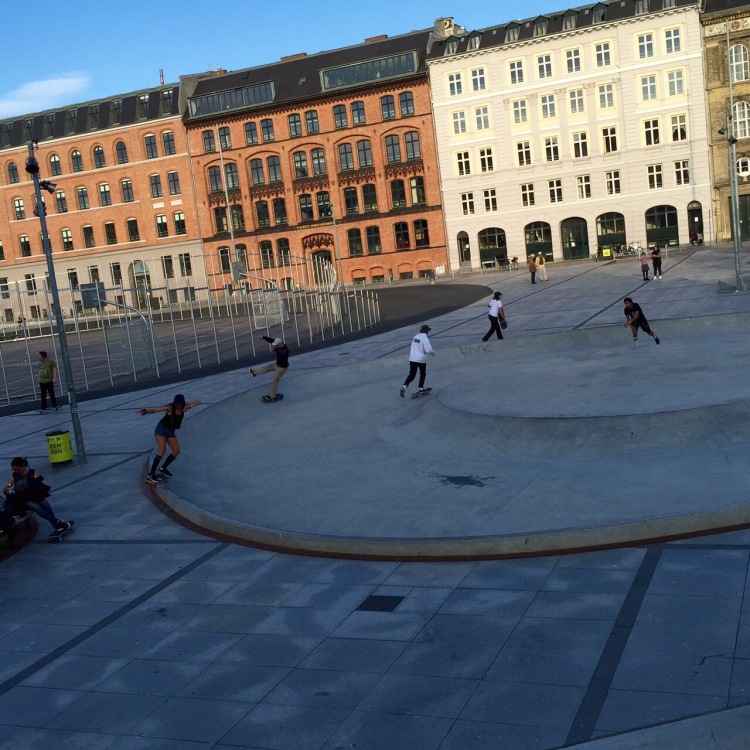 Everybody was feeling brand new after 2 days of skating/cycling and for some, drinking a bit too much, but we all battled it out in the 4 minute jams.

Lucy made it through to the finals later that day and managed to get 6th place! The comp was won by local champ Emma Fastesson Lindgren, followed by Mimmi Leckius in 2nd, Sweden, and Tonje Pederson in 3rd from Norway.

A huge thanks must go out to Andrea Anderson Antunes and everyone at Skate Malmö/ Bryggeriet for putting on another awesome Ultra Bowl. It’s got to be one of of the best skate events in the World – and thanks to everybody who ripped hard and put on a good show!

One thought on “Malmö/CPH Footage from the UK ladies! ”