We recently hooked up with Hawaiian ladies Jordan Serpentini & Roxzi Bokolas on the last leg of their tour around Europe. Check out what we got upto in this edit, then read our interview with Jordan below!

I want to hear more about your trip to Europe, so firstly what competitions did you skate?

We skated first in ‘Far N High’ international skate competition South of France, ‘Suck My Trucks’ in Berlin, SOSH Freestyle Cup in Marseille along with watching and skating at Denim Cup in Nimes! I was fortunate enough to podium in almost all of these competitions!

Where else did you visit?

Our trip began in Paris which became somewhat of a home base in a sense to us because we would always stop back in Paris after visiting somewhere new. We ended up going to Paris, Barcelona, Berlin, Nimes and London. The coolest part about this trip for me is the fact that we determined where we’re we’re going next solely on skateboarding competitions and staying with girl skaters all over that we had met along the way!

It was my second time in London because I have a sister Alexia that lives there for school. I always have a great time in London, the people, culture and environment there has always been good to me. There’s are always things going on to do there! The only drawback is that rains a lot so it’s hard to skate sometimes!

What did you think of the UK girl skate scene?

The girls scene in London is amazing! There are so many girls night only sessions and multiple girl skate communities that make it easy to get to know everything that is going on! That’s something I wish we could work on in Hawaii. 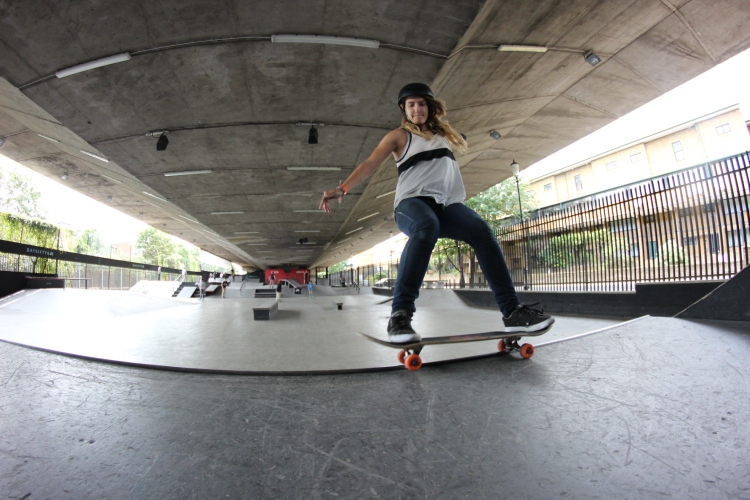 And how is the girls scene in Hawaii?

There are definitely girl skaters all over the island but we lack organizations. Roxzi and I skate the most parks I feel like all over the island. We both belong to Wahine On Wheels which means Women on Wheels in Hawaiian. They are basically a group of girl skaters from the university of Hawaii and mostly longboard but they are always down to skate!

Other than that the girls scene in Hawaii definitely needs some extra help because it could be much better if we worked on networking more like here I think. Most girls in Hawaii are surfers that skate when there are no waves but are not as committed and skate as more of a hobby.

My favorite skater has always been UK rider Geoff Rowley who rides for Flip. He goes so big in street yet he can also kill it with technical tranny tricks!

My favourite park would have to be a tie between Louisville extreme park in Kentucky, which has a full pipe, many huge bowls, a vert ramp, and a fun street section too! The other park is definitely Banzai skatepark where Roxzi and I spent most of our day skating in Hawaii before it got closed for renovation. They added an entire street section along with a bowl and bigger bowl that is so easy to get speed in!

Check out some more photos from the day! 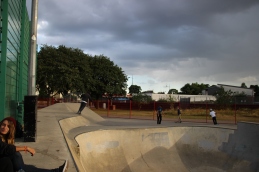 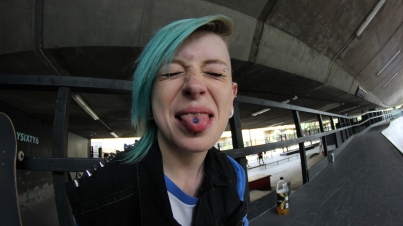 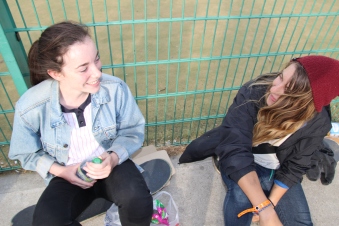