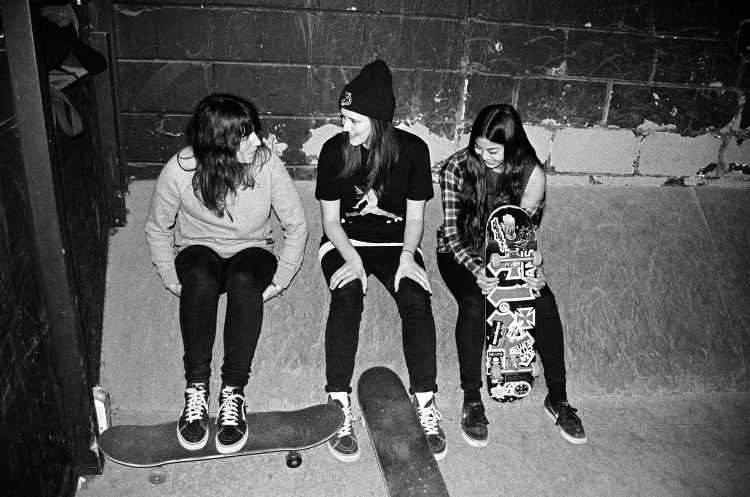 The babes over at Cooler have managed to secure us ladies exclusive use of the new HTC One Skatepark on Thursday April 3rd between 6-9pm for a skate session at which there will be prizes and free booze!

“Full invites are to follow but for now just mark it in your diary/tattoo it to your inner arm!”

In the meantime, you can take a sneak peak around the new HTC One park due to officially open in London next week on 27th March 2014.

Thanks to Sidewalk, you can spy some weatherproof recreations of some of London’s most famous spots, past and present. To give you a taster, Sidewalk have posted some images over on their site (where you can also peep the official trailer), which were taken prior to the parks completion.

“It gives a good impression as to how the finished product will look and all the obstacles look super fun to skate which is the important thing.”

The HTC One park is located at the old Selfridges hotel, behind the Selfridges shop on Oxford Street, London and will be open between 27th March and 19th April. The park is undercover and free so reap the benefits whilst you can as it’s not a permanent feature.