Atita Verghese has quickly become India’s most prominent female skateboarder, with just under 4 years experience under her belt she is inspiring girls and women all over the globe to try something new, away from personal and social comfort zones. 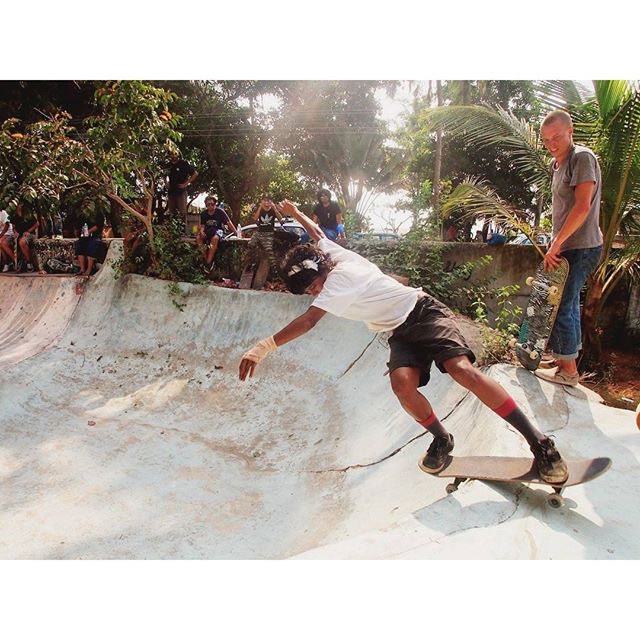 Last year, Girl Skate India was formed, and is India’s first and largest platform to feature, connect and increase the number of female skateboarders in India. In January 2016 they organized their first Tour with 12 girls from around the world hosted by Atita Verghese – to skate through the country, teach girls how to skate and build ramps for the future.

Earlier this week, Atita was invited along to give a TED TALK on breaking down the gender boundaries in her homeland via skateboarding.

As
if in a fairy tale, all of these roadblocks were completely shattered when she saw other girls skating at an international event, live. She decided to become the best, and it didn’t stop there for Atita. In India, unfortunately, there exists a big gender gap when it comes to skating, and thus she decided to try her best to introduce more girls into the sport.
Atita is India’s most prominent female skateboarder. She began skating at the age of 19, in Goa, and since then there has been no looking back. With about three and a half years of experience now, she is a professional skateboarder, and trains many of Bangalore’s budding skateboarders.

In her early days as a skateboarder, being the only female skateboarder in a male dominated sport got Atita questioning herself at times about whether she could ever succeed.