About time! Street League is welcoming EIGHT amazing ladies into a Women’s Division that will debut at the Super Crown World Championship in Chicago next month

The level of women’s skateboarding has progressed like crazy over the past few years. These girls put in the hours, hard work and dedication, and deserve to be recognized! 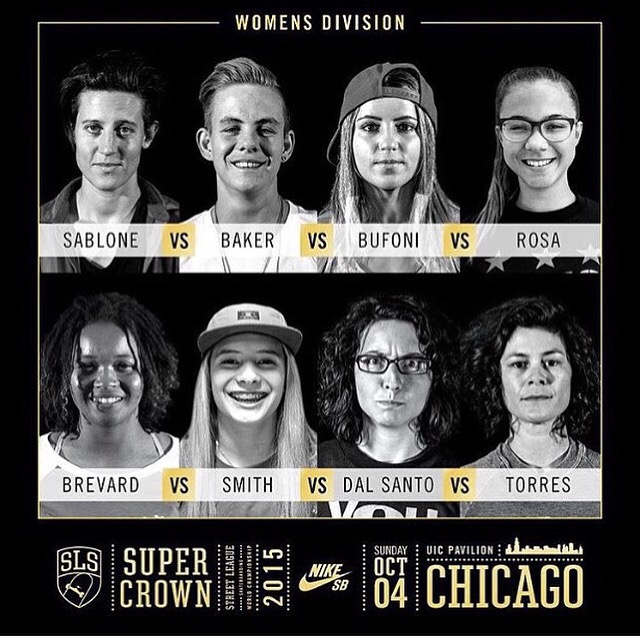 The winner will take home the biggest first place prize purse in 2015 women’s skateboarding: $30,000 and a one-of-a-kind Nixon Watch. To put that in perspective, the X Games men’s winner only gets $25,000.

Here are the eight women that will skate in the 2015 SLS Nike SB Super Crown World Championship:

The Women’s contest will be broadcast live via webcast around the world on StreetLeague.com on October 4th starting at 2:45pm ET.

In partnership with FS1, the Women’s contest will also have it’s own dedicated one-hour premiere special telecast on FS1 and FOX Sports GO on October 18th in the USA.

Who are you placing your bets on?!