Three times X Games gold medalist Leticia Bufoni is one of the action sports athletes featured in this year’s Body Issue from ESPN alongside mainstream sports stars. I’m not entirely sure how I feel about it as it raises so many question for me.

On the one hand well done to Leticia, after the 22-year old’s solid run at the X Games 2015 street course where she placed 4th behind Vanessa Torres’s bronze, Pamela Rosa’s silver and Alexis Sablone’s gold, she’s still flying high as one of skateboarding’s most recognisable faces and getting female skateboarding noticed in mainstream circles. On the other hand, I can’t help but feel that it’s for the wrong reasons. She’s playing the publicity game in the way she wants to and is having fun with it which is awesome… She’s got a marketable face for current media tastes in that she’s gorgeous, slim, toned, blondish and white, and she rips. She’s signed with Nike SB after having spent some time with Volcom. She’s the epitome of a successful female athlete, winning her most recent gold in the X Games 2013.

But, my issue is that by appearing naked in the body issue she appeals to what many teenage boys are fed as a sexual fantasy, which sexualises females in skateboarding and stops it being about skill and ability in the way it is with guys’ skateboarding. She’s got that kind of ‘hot girl next door’ skateboarding Brazilian vibe which would be fine if it stopped there. It’s a really hard balancing act to stay a great ambassador for the skill and gnarly attitude of women in skateboarding whilst doing enough to appeal to the masses. Has her appearance in this ESPN issue tipped the scale enough to undo all the great she’s been doing? I think only time will tell. I wanna see other female skateboarders around the world get their nude on. Seriously, I’m talking to you Lacey Baker, Lucy Adams, Alexis Sablone. We need everybody doing it! The whole thing also raises the question of ‘is skateboarding even a sport?’ The community has always been very split about this with some emphatically saying it isn’t. ESPN’s involvement in this style of media makes me ponder this afresh. 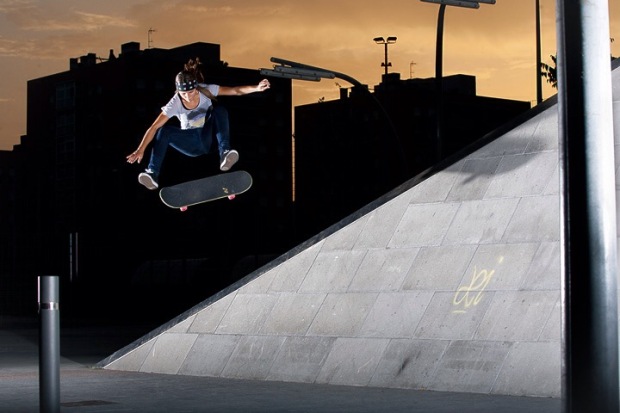 I’m not blaming Leticia or hating on her – so many people are going to see her appearance and think of skateboarding as something they can do to live a healthy lifestyle alongside other mainstream sports and activities, which is only a good thing in my view. However, I do question why ESPN even needs to have a ‘body issue’ with nude athletes. Yes, seeing sporting role models being open and honest can inspire and empower people to embrace the world and be happy in themselves, and I can see the opportunity to showcase photographic talent… But really, what’s the point of the nudity? Would it not be as meaningful if all the athletes kept their clothes on? I guess it wouldn’t make as much money.

What do you think?

Join the conversation and let us know!